Merck is a vibrant science and technology company providing services/solutions into the healthcare, life science sectors. Merck provides solutions for problems in life science in collaboration with the global scientific community.

Merck was looking to design a campaign for their internal audience that would motivate them to come up with innovative ideas / solutions in their respective business functions that would increase the efficiency of its operations.

Every individual at Merck was engrossed in their respective job function, asking them to spare some more time on this additional task was a steep climb.

In order to seek their participation we needed a WOW idea and that is what we designed a WOW campaign. WOW was a 4 month long initiative that provided every individual at Merck with an opportunity to present an idea that would bring about a positive change at the workspace.

The campaign was divided in 3 phases – Pre-Launch, Submission and the Grand Finale.

In the pre-launch phase a series of communication was developed to inform the audience about the campaign. Coffee with WOW sessions were also held. The submission phase was powered by communication that was highly motivational and intriguing. The grand finale was an event where the shortlisted candidates presented their final ideas. The winner was presented with a handsome monetary compensation and the idea was sponsored by Merck to get it on ground. 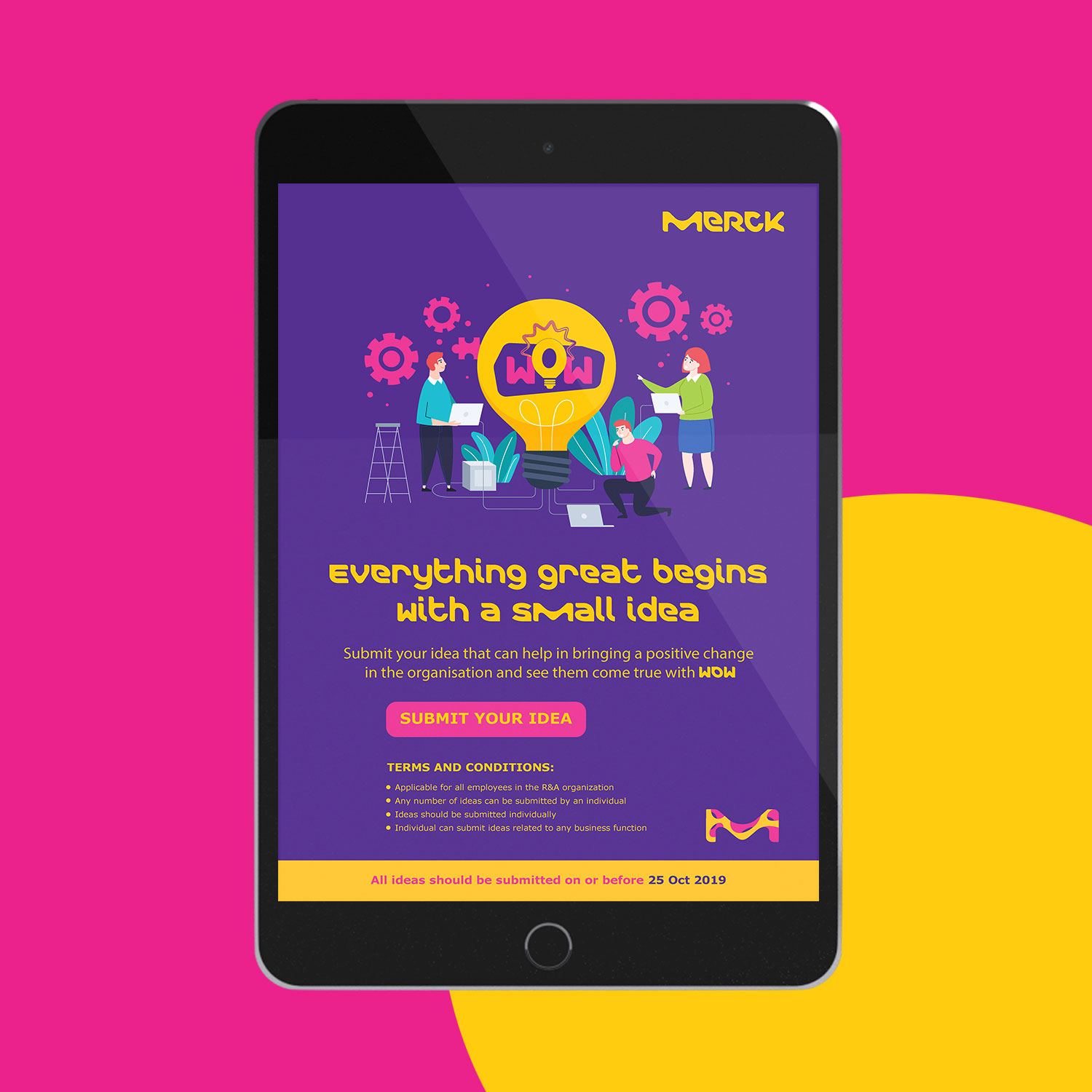